In Amusing (if only to me), I Hate Politics, Photography 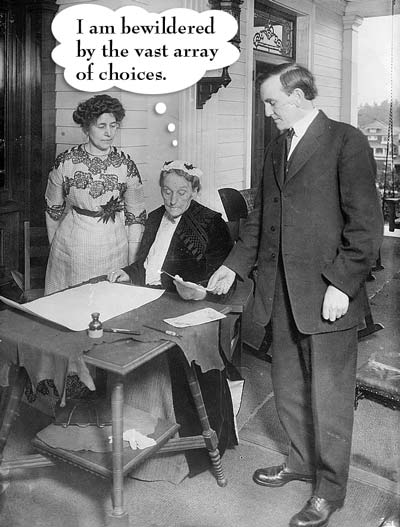 There have been people in the past who have trusted me to give my take on the ballot to help them decide what to do. Things have been so busy this year that I haven’t gotten to this to this point, but, better late than never. I think in future elections I’ll do this a little earlier. (Part of the reason I am not posting this until now is that I am using this blog post, written tonight, as a way to clarify my own thoughts and make my final voting decisions.)

The ones that probably need the most help (in my subjective view) are up top; sorry if the order is confusing since it’s not the same order as the ballot. Ah, well. And, of course, the farther away you live from me, the less likely our ballots will be similar.

BART Director, District 4: Robert Raburn – he is an experienced transportation planner and transit/bike/pedestrian advocate, and a good guy. (He was E.D. of the East Bay Bike Coalition for 15 years, of which I’m a member.) From what I can tell, his opponent the incumbent is a politician with no particular expertise in transit planning. Vote for Robert Raburn.

Yes on Prop 25: This doesn’t go far enough, but it’s worth voting for. The budget should NOT require a 2/3 vote in the legislature.

No on Prop 26: Neither should fees to mitigate pollution! Defeat the initiative funded by Chevron.

While I’m on the subject, No on 23! Beat the Texas oil companies’ profit grab and save California’s climate policy.

Yes on Prop 19. The two main reasons I’d vote for it: Local, state, and federal government “waste valuable resources targeting non-violent cannabis consumers, while thousands of violent crimes go unsolved. And there is $14 billion in marijuana sales every year in California, but our debt-ridden state sees none of the revenue that would come from controlling and taxing it.” (Quote from the Yes on 19 website.) That last reason alone is reason to vote for it. People are going to do it either way (similar to alcohol during Prohibition), so why not maximize the societal benefit?

Also, it’s nowhere near as dangerous as alcohol. Alcohol is (obviously) addictive and can cause death if overused (or, for example, if used before getting behind the wheel), both unlike marijuana. Time Magazine reports on how marijuana is not a gateway drug — but the discredited idea is still used as an excuse to continue a failing policy. Read more info from LEAP (Law Enforcement Against Prohibition).

The Ron Dellums era is (thankfully) ending. Let’s just forget about the last four years of Oakland city government, shall we?

Oakland needs a leader who is focused on Oakland, not just an office to hold when termed out of the state legislature. I’ve heard good things about both Rebecca Kaplan and Jean Quan — people I trust have a lot of experience with both of them, and I think they’re running for the right reasons. Luckily, the city has finally implemented the ranked-choice voting (instant runoff!) that voters mandated several years ago, so here’s my recommendation:

Perata is the front-runner due to name recognition, I’m guessing. However, even though he represented Oakland in Sacramento, he lived in Alameda. I just worry that he’s going to be similar to Dellums — out of touch with what a mayor should do and just marking time. If you vote the way I suggest, your vote will certainly count for either Kaplan or Quan, since I will be shocked if either of them finish worse than 3rd.

No on Prop 20. The redistricting commission established by Prop 11 a few years ago was not designed to redraw Congressional districts, and it shouldn’t. There’s a lot at stake in terms of federal funding for California, and Californians should keep our state on a level playing field relative to other states.

Prop 22: I am just not sure. If you support local government and agree with the League of California Cities that the state government shouldn’t borrow from cities to plug holes in the swiss-cheese-like state budget, then vote Yes on 22. If you agree with theÂ California Teachers Association and theÂ California Professional Firefighters (the union that represents the state agency that fights wildfires as well as many local departments) vote No on 22 to protect state funding for things like education. This might fall under the “when in doubt, vote no” strategy, especially since it’s a constitutional amendment.

Yes on Prop 24: It repeals a law that creates corporate tax loopholes. I don’t believe the scare tactics that say businesses are leaving California, because the data says they aren’t.

Yes on Prop 27 (with philosophical reservations). Prop 27 abolishes the aforementioned redistricting commission and returns the responsibility of redistricting to the legislature.Â On balance, I say vote yes, but I am doing it while holding my nose. Most progressive organizations say that you should vote yes on Prop 27, which seems to be a primarily pragmatic stance. Â Passing Prop 27 would undoubtedly result in more liberals/progressives/Democrats in office after the redistricting, because the California legislature is controlled by Democrats, and legislature-run redistricting processes generally favor the party that is currently in power through the creation ofÂ gerrymanderedÂ districts.

Gerrymandered districts have problems. However, the commission as currently constituted — “balanced” between Dems, Repubs, and “independents” — is no panacea either. It certainly doesn’t reflect California to the extent that the legislature does. The tipping point is this: Prop 11/Prop 20 has a weird clause that requires that districts be homogeneous based on income — read more at http://www.today.ucla.edu/portal/ut/no-on-prop-20-yes-on-27-171353.aspx — and for that reason I sayÂ No on 20, Yes on 27.

I need to do way more research before I say a word about these. More later, maybe… but for now I think this is pretty comprehensive for anyone who’s going to read this. Enjoy! Let me know what you think.