after 3 days on the road

From Wednesday at 9 a.m. CDT to last night at 10 p.m. PDT, I drove from Minneapolis to Oakland (via Valley, Madison, Hartford, and Milwaukee, Wisconsin, and with the help of Nick, who drove roughly half the trip). The drive was enlightening—I feel like I know a little bit more about the country I live in—but exhausting. The highlights included Denver and the Rocky Mountain National Park; the lowlight was the entire state of Utah.

Today I’ll allow myself to take the day off, but tomorrow I have to get to work. 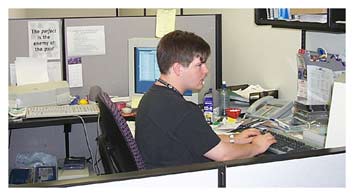 Today is my last day at the Minnesota DNR.

Tomorrow is my last day in Minneapolis.

The last couple weeks have been hard. The last couple days have been harder. Somehow it’s even harder to leave here than it was to leave Madison. Maybe that’s because I’m going so much farther away from pretty much all the people I love. Maybe it’s because there’s a lot more buildup. Maybe it’s harder because, unlike when I was in Madison, I’m pretty happy with where I am professionally. I really like the people I’ve been working with at the DNR, and I really like the projects I’ve been doing on the side.

I have faith, though, that there’s good work for me to do in California too. And, damn it, it’s an adventure.

Anger-inducing discovery of the day: Someone stole my rear bike wheel last night. Update: Actually, my bike wheel was not stolen. Again, a quick-release lever was stolen from my bike, this time for the rear wheel. As for the wheel itself, it took me about a day to realize that the wheel—which, at first, appeared too large for my bike—that I discovered on my front porch and tossed angrily on the (fenced-in) front lawn was, in fact, my wheel. I bought another $10 part and reattached the wheel, to my relief.