In my younger days, I was a fairly rigid person. (Some would argue that I continue to be rigid, but, believe me, I am less so than I was as a kid.) Before starting a book, I felt compelled to read its introduction, regardless of how long and dry it might be. These days I just jump right in, since I have a better understanding of the value of time (plus, I hate spoilers). But, hey, like I would have when I started this site, you clicked on the link marked “intro.” Therefore I owe you at least this. 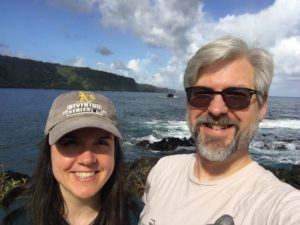 This site has been up continuously since February 2001, when I lived in Minneapolis. The site’s first year and a half was the second half of my three years in Minnesota. From 2002 to 2012, I both lived and worked in downtown Oakland (with a short stint living in Berkeley early on). In 2012, I happily moved to San Francisco with my then-girlfriend/soon-to-be-fiancee/now-wife Dawn: Yay! And in the weirdest of times, April 2020, she and I moved to Wisconsin—back to Wisconsin in my case, which is interesting, because moving away from there was the reason I created this website in the first place. Full circle. Read more biographical info.

My usual pattern of updating this site has been typically to ignore it for a while and then post a big glut of previously repressed self-expression. I don’t see that changing much anytime soon.

Gohlkusmaximus.com runs on WordPress blog software. Back when I first installed it in 2007, I was a fairly early adopter. That’s why I felt the need to explain that “I recommend it highly — it’s free, it’s open source, it’s totally cross-platform, it’s constantly being updated, it’s very easy to install and customize, it’s extremely well-documented, and it’s easy to use once installed. And it has a large community of users and developers who are devoted to keeping it relevant and useful. What else could you possibly want?” And it’s all still true.

Credit where credit is due: enjoy the colophon.