Who made this and why?

“I’m writing ‘young and gifted’ in my autobiography / I figure, who would know, better than me?”
—Sloan

I’m just this guy, you know? 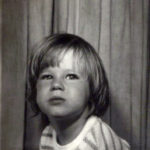 Where to begin? I have to imagine you know something about me if you’re on this page. I am mostly your standard Midwestern straight cis white male who left home and came back. Thanks to growing up in Milwaukee in my particular family and community, I have tended to be more open to new ideas and experiences than I think is average. (It helped that I went to a Montessori school, but a public one, through fifth grade.) My youth, adolescence, and much of my early adulthood felt awkward, thanks in large part to my relative obliviousness to social norms (maybe also thanks to Montessori), my sensitive and emotional nature (probably exacerbated by the tension in my parents’ marriage), and having been uprooted from Milwaukee in 8th grade. For whatever reason, likely influenced by my parents’ values, I always had a strong, if vague, drive to make the world better in some way.

After 24 years in Wisconsin, I left; 21 years later, I came back. Deciding to come home, and then actually doing so, taught me a lot about how much of who I am comes directly from where I grew up—far more than I’d ever realized when I was growing up here. Madison was my home for six years and where I came into my own socially. Then I left for a few years in Minnesota and 17 years in California. Along the way, I developed some self-awareness along with growing compassion for myself and others.

In Minnesota, I had my first canvassing job (during which time my political views really crystallized) and my first non-student government job, hired to do web design for the Minnesota DNR. In August 2002, I left that perfectly good job behind (there are some good stories in there, including going on strike) and moved to California. To be honest, by the time I left Minnesota, the only thing I liked about living there was my job, and that just wasn’t enough.

Soon after arriving in California I started working at the California League of Conservation Voters as a canvasser, growing into a full-time communications role—and of course I stayed more than thirteen years. I had unforgettable experiences there and met some amazing people. I left there in 2016 and spent some intense but really valuable months at The Next Generation, an Oakland-based political consulting firm. Between August 2017 and March 2020, I had even more learning experiences as Communications Manager at Pacific Forest Trust, a non-profit land trust and policy organization. In April 2020, I moved back to Madison, along with my wife and two cats; I am loving my second-ever government job as part of the University Communications team at the alma mater. If you’re interested, see my design portfolio and a whole bunch of writing samples, last updated in the old life.

As alluded to above, I have been lucky enough to have found my one true love. Dawn and I got married in Oakland in 2013 on, truly, the best day of my life. The honeymoon hasn’t stopped!

Here is some more (essentially useless) information, for identification purposes only (granted, this section of this page is silly, but I’m attached to it since it’s been here since probably the early 2000s):

I spend a lot of time reading, walking, watching TV, and entirely too much time playing iPad games. I have recently taken up snowshoeing, the first winter sport I have ever participated in, which should help balance out the inability to bicycle half the year. And though I grew up where it was impossible to avoid becoming a Packer fan, I have culled the sports I follow to baseball (and the occasional tennis match or random Olympic sport). There is almost nothing more relaxing to me than a day at the ballpark watching baseball. In this new pandemic-soaked world, though, I find it unlikely I’ll do that again until 2022 (which feels a bit optimistic).

Listening to music (performed live [sigh] and recorded) and poorly playing guitar and now ukulele (both left-handed) also rank high on my list of hobbies. These days I think about writing and other creative pursuits a lot more than I actually… pursue them. (And yet I continue to hang onto this site as a potential home for consistent creative output.) Travel is among the loves that Dawn and I share—we can’t wait to get back out there when it’s safe.

If you got this far, you might also be interested to know that, starting in 2010, a very important year in my life, I sought and received treatment for depression, which led to full remission. No matter what, I will always have to be attentive to my self-care habits and my internal thoughts and feelings. (Don’t we all?)

The years since then have included both wonderful triumphs and major losses (and everything in between). Either way, I have had a far better experience living life because I took action to address my mental health.

Among the things that helped was to identify and reject the negative labels I had previously and subconsciously applied to myself. I worked hard to replace automatic negative thoughts about myself with compassion, love, and forgiveness.

If you suspect you are suffering from depression, or you find that your levels of irritability, anger, or use of mind-altering substances interfere with your life, I highly recommend that you talk to your doctor or another mental health provider, or get help in doing so from a friend, trusted colleague, or family member. I see some positive signs in society that the stigma against acknowledging the possibility or the existence of mental illness is fading somewhat.

Why is it called “gohlkusmaximus.com”?

Somehow, in high school, I acquired the nickname Gohlkus Maximus. It was catchy and I liked it. Many blogs founded in the late ’90s/early ’00s had some kind of clever name, so… here we are.

Why did you make this?

Initially, I put it up so that people could keep track of me after I up and left Wisconsin. One of the main people I made it for, my mom, is gone from this world. Believe it or not, though, this public record of the weird (and not so weird) things I’ve done and thought about over the last twenty-plus years was one of the ways Dawn got to know me really early on. I don’t see any reason to let it go.