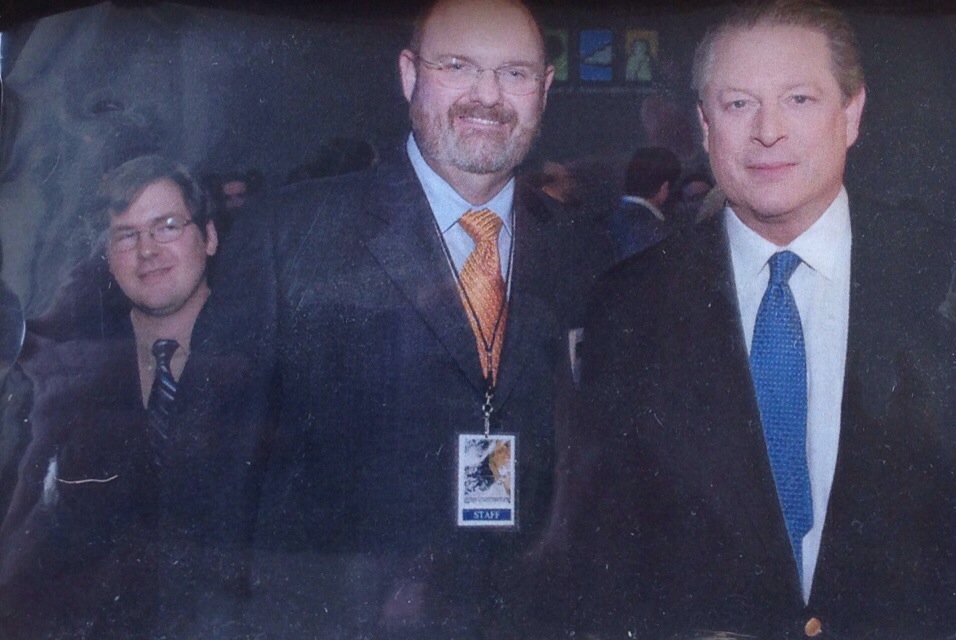 It’s been a week since the passing of my friend and colleague Michael Hawk. I wrote most of this two days later, realized there was so much more to say, and decided it was time to say at least this.

It’s profound, really, the effect a person has on your life when you see and talk to him almost daily for almost ten years. It’s easy, and human, though, to not really think about that effect as deeply as you could.

At some level, death is an act of violence no matter when or how it happens, but no more than when someone’s life ends suddenly and almost entirely unexpectedly. It feels like a big part of me that I knew was there, but didn’t truly understand or appreciate how integral it was to me, or to so many of the people around me, was mercilessly ripped out.

I’m talking about the life of Michael A. Hawk, resident of San Francisco, native of Kansas City, Mo., curmudgeon, philanthropist, musician, businessman, techie, sports fan, renaissance man. We lost him without warning while we were on our way to work last Wednesday morning, May 7th. Those of us who knew him and loved him had come to rely on him in so many ways, whether or not we fully realized it. What I knew, but didn’t give its proper due until he was gone, was just how intentionally and systematically he gave of himself to make others’ lives better. He knew the power of a helping hand, an early investment, a kindness.

Michael also did not hesitate to give you a piece of his mind, whether you agreed with him or not, and the fact that he was something like 6′ 4″, 280, along with his frequently forceful delivery, tended to give uncanny weight to his words, in a very real sense. He was intelligent, crude, spiritual, funny, sometimes dark, a self-made man.

And the man loved words. Among the many things and people he loved, including his wife Jeanine and his best friend Anthony, and so many of our co-workers past and present, words (especially obscure but usefully concise ones with subtle meanings) were among his favorites. He liked to intentionally work in a few of his recent vocabulary favorites.

There are so many more things I’m going to miss that were unique and interesting about Michael. I could go on and on, but this is what’s important: Michael was my friend. I will miss him. (I already do.) The lesson he would want to impart, which I’ve been able to start learning on my own the last few years, is to really live life, do the things I want to do, follow my passions and interests and dreams, and do what I can to make the world a better place.

Note on the photo at the top of this post: Michael had it on his wall for years (this is a picture of the print behind a sheet of plastic; the wicker frame is cropped out). That’s me hovering behind him and Al Gore at the 2006 CLCV Southern California Environmental Leadership Awards. I always thought he should have framed it in a square frame and cut me out of it, but he insisted on keeping it that way. In retrospect, I’m glad he did.